Summer winds just don't do it. At least once a week it appears to be blowing and a few of us will head out to the beach, rig up, and hit the water. It usually doesn't take long for us to have had enough. There just is never good enough wind to get a productive session in. Beginners would have a hard time staying up wind. Even if the wind measures up to 20 knots, it just isn't enough. Hot summer wind obviously is less dense than our cold winter air and thus has less push on the kites. Humid air is also less dense. That is because water vapor doesn't add to the air like salt does to water, it displaces air, and water vapor weighs a lot less than the air it displaces. After all, water vapor is two parts hydrogen, the lightest element of all, and one part oxygen. The other thing working against us is the choppiness of the water. Southerlies always produce a lot of chop and that requires more wind to be able to power through it. The other frustrating thing about kiting in the summer is that even when it does blow a little, it usually only lasts about three hours and it could be any time of the day, but usually early. By the time you realize that it is blowing and you get to the beach and get rigged up, the session is already ending.

If any of you are kiting where you are at, please send photos and comments to share with us. My email is kite420(at)gmail.com.
Posted by kiting_in_paradise at 3:38 AM No comments:

We got some wind today, Sunday.
It didn't last long.
A little more than three hours.
It was over by 11:00 in the morning.
It was the most we've had so far this summer. 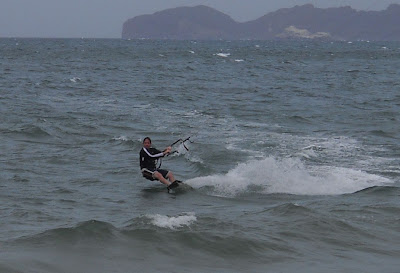 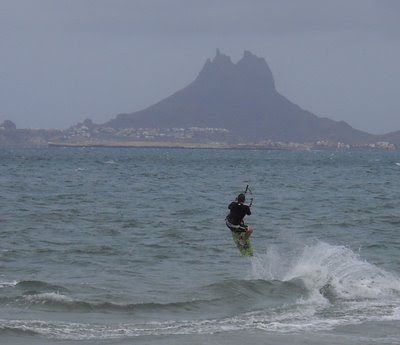 Posted by kiting_in_paradise at 4:43 PM No comments:

Still not much wind, so I've had to search for solutions to this problem. The most promising seems to be the open area of the estuary Soldado across from where the oyster farm used to be. I went there today with Kevin, a beginning kiter from San Diego. Wind was very light, less than 14 knots and sometimes less than 10 knots. I was able to get out on my 14m kite and have some fun, although my jumps were pretty limited. Kevin struggled a bit but still had a good session. 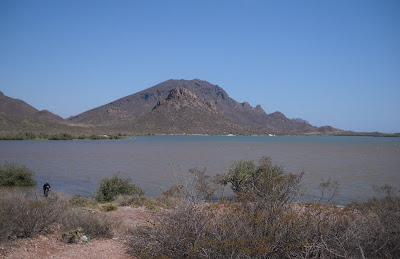 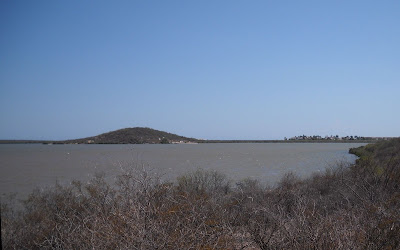 This part of the estuary is wide enough, is very shallow, no wind obstructions and with flat water that seems saltier so has better flotation. The north end has a good launch area but much of the rest of the shoreline has some nasty brush nearby. 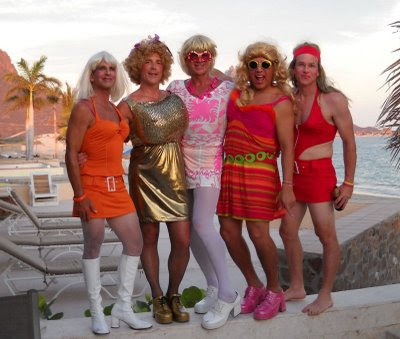 Friday was the annual cross dressing party at the Soggy Peso. It was hilarious. Here is a link to my post of the party in 2006: http://kiteboard-mexico.blogspot.com/2006/07/july-update.html


Posted by kiting_in_paradise at 11:43 PM No comments: