What started out as a disappointing kiteboard season has turned out to be one of the best we've had. The water is still in the mid 60's, air temperatures have been around 80, and the wind has been lighter and steadier than usual. Several days of 15 to 20 knots, which is light enough to result in flat water conditions. These conditions have been perfect for everyone, but especially for the younger kiters, to make some real progress. Everyone is jumping, spinning, and attempting all kinds of new moves. Fernando has been dazzling us with several versions of powered up raleys. I haven't been able to get out as often as I would like due to having to work this year, but Roberto has taken over my role as captain of the beach and can be counted on to be on the beach early with wind reports.
Posted by kiting_in_paradise at 8:27 AM No comments:

The wind was great, the weather was great, and all the kiters were great. 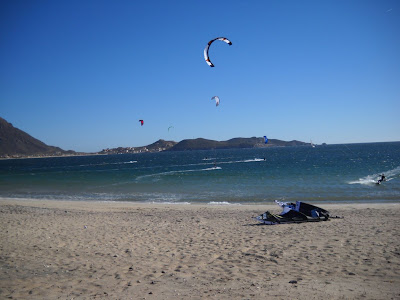 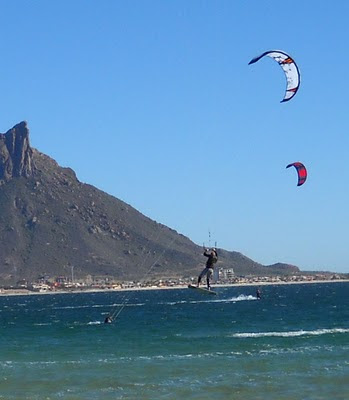 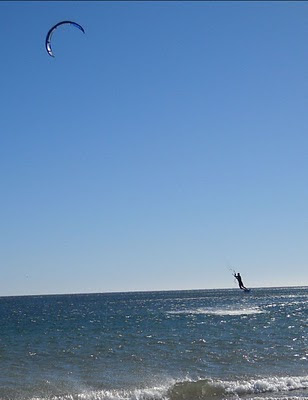 Posted by kiting_in_paradise at 5:41 PM No comments: